Answer: A potentially tricky question! The danger when internally insulating existing masonry buildings, and I would suggest particularly cob, is interstitial condensation. Internal insulation usually means not being able to have continuity around junctions such as floors with walls leading to moist warm air getting behind the insulation and forming moisture with mould growth.

Having said that, our construction division Green Building Company, has been insulating internally with 50 or 75mm polyurethane board for many years but have tried to cut down air movement ‘behind’. The thicker the insulation the greater the danger. Natural materials such as wood fibre board systems offer greater security due to their ability to ‘take up’ moisture and release again in more favourable weather conditions giving better protection to the buildings fabric. As a belt and braces approach, we would recommend having WUFI hygrothermal modelling undertaken before any work is undertaken.

I have particular interest in your question because I was brought up in East Budleigh and spend a lot of my time in Branscombe. I always remember the collapse of a cob cottage in the village which was said to have happened because cement renders had been applied trapping moisture, probably from faulty roofing. Although this is a dramatic story, it has always made me aware of the potential frailty of ancient building methods such as cob.

Question: We live in a single storey barn conversion high up in the hills of Northumberland, was built in the 1800s and converted in the 1990s. It is mostly solid Northumbrian stone construction, apart from the hay barn which was knocked down and rebuilt with cavity random stone and block, there is no insulation in the walls. We are going to build an extension across the back of the house which will be super-insulated to comply with building regs.

Since moving in 5 years ago, we have put in new windows and doors and put in a lot of loft insulation. I think the main problem we have now is with the walls. In the winter, the walls run with condensation and we have to have dehumidifiers on 24/7 to avoid awful damp and mould. I know that really this is a ventilation problem, but if we insulated the walls, could this kill 2 birds with one stone? i.e. removing the cold surface that the condensation is attracted to and also improving insulation. External insulation is not an option, but do you think internal insulation would be worth the while?

We have had a couple of quotes for MVHR systems but I wondered if the insulation route was maybe a better one? 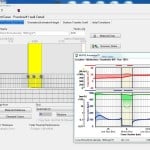 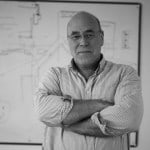 Answer: There is no one solution for your situation and there are risks and variable expenses attached to each option. We need to think of improving the continuity of insulation on the building envelope – the condensation problems you’re experiencing would almost definitely be improved by warming the walls and adding internal insulation. However, great care is needed because what we don’t want is to cause condensation problems and subsequent mould behind the insulation. So, in your home you’re going to have three different external walls: you’ve got the original solid rubble-filled wall, the random stone and block cavity wall and the new extension, which will all need to be treated differently. As a belt and braces approach, we would recommend having WUFI hygrothermal modelling undertaken before any work is undertaken.

This obviously offers great opportunities for improving the energy efficiency of your home. The bigger the extension around the existing building the better because you’re actually surrounding the building more. For the new extension you can decide what insulation and building method to use – be it timber frame or fully filled cavity, as we did at Denby Dale.

To minimise the risk from moisture and interstitial condensation, specialist natural insulation boards can tolerate a certain amount of moisture movement within the wall without problems building up. Examples are Gutex Thermoroom or Pavatex Pavadentro. This could be up to 100mm thick. You need to make sure that the plasters on the wall beneath the insulation is lime or sand and cement render not the modern gypsum plasters (because these can be a breeding ground for mould). It would be a case of knocking this off and rendering the walls before applying the natural insulation.

For this wall type, as you’ve got the cavity there is less danger of moisture build up behind the internal insulation from rain penetration, so a cheaper man-made insulation eg polyurethane-backed plasterboard could be used – although using the natural insulation again would be a safer bet. Whatever insulation material you are going to use – all the insulation boards will need a continuous adhesive layer behind. You’ve got to stop moist warm air from inside the house getting behind the insulation which could cause condensation and mould.

Inhibiting rain moisture coming in through the wall cuts down the danger of mould growth and possible rot in timber joists within the masonry wall. Ensure the wall pointing, preferably lime based, is sound with guttering and eaves overhangs functioning properly. There are products you can use to coat outside masonry which inhibits rain penetration such as Belzona Clear Cladding that inhibits rain penetration but allows the wall to breath.

In answer to the question about MVHR, I would say that it is not a solution to your problem and that should focus first on sorting out the continuity of insulation in your home. Only once that is sorted and stringent airtightness strategies are in place, would I recommend an MVHR system.

All information is provided in good faith. However, any use of the information is entirely at your own risk, no guarantee is given as to its suitability and Green Building Store does not accept any liability whatsoever for building performance or safety, regulatory compliance, or any other outcome which may result from its use or implementation.