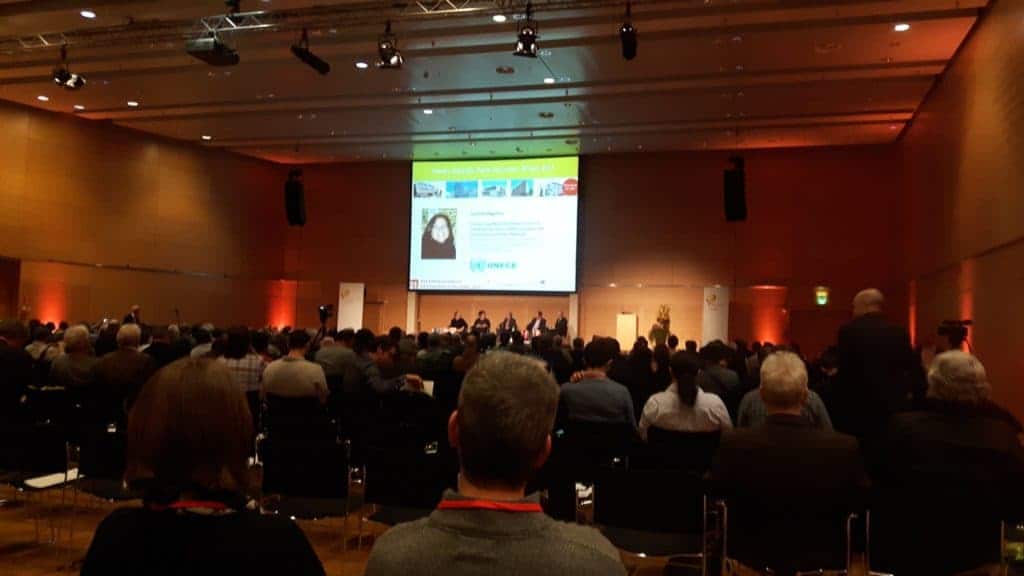 Green Building Store Directors Chris Herring and Bill Butcher and Passivhaus Consultant Paul Smith are just back from the 2017 International Passivhaus Conference #IPHC17 in Vienna. In our latest blog Chris and Paul share their impressions of the conference. 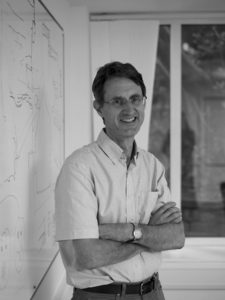 It is 50 years this month since Sergeant Pepper’s Lonely Heart’s Club Band took the world by storm.  The Beatles may seem like a strange introduction to the 2017 International Passivhaus Conference, but an article by John Harris in the Guardian, which I read during a breakout – and for a little light relief from  technical sessions and networking, caught what for me was an essential underlying theme.

What Sergeant Pepper represented was formative for me:  I was 15 when it came out.  But more than that it spanned the world, or certainly the Western world.  It was symbolic of a huge upwelling of optimism; of breaking down of the barriers between people and between nations; of hope and a belief in progress.  Contrast that with the world we now inhabit, where we have reverted to nationalism, xenophobia, neoliberalism and selfish individualism Yet, if there were ever a time for working together as a species, of expanding beyond national boundaries, of being all in it together, this must surely be it.

Helga Kromp-Kolb, a leading climate scientist from Vienna University, set the scene in the first plenary, with an audience experiment to emphasise the role of habit in everything we do.  Addressing climate change, and meeting the challenges of the Paris Agreement, and beyond, means changing habits.  Changing the way we do everything, and that includes the way we build and retrofit buildings.  Also reaching back to my formative years – this time 1972 – she emphasised that the message in the Club of Rome’s ‘Limits to Growth’ still applies: “we must live with what the earth offers us”.  The challenge of climate change is huge and very pressing, and calls for “…a new understanding of our existence…” emphasising “…the interconnectedness of humans and planet”.  3200 gt of CO2 represents the world carbon budget for hitting 20C, and we have already emitted 2200 gt of this.  Dividing the remaining 1000 gt up equably (which we are of course unlikely to do) around the world would give Austria just 14 years of emissions.  Yes, that’s right, just 14 years.  And, of course, 20C is not a ‘safe’ level, just a level with less bullets in the chamber in the game of Russian roulette we are playing with ourselves and our planet.

Picking up the theme, Wolfgang Feist’s introduction also emphasised that there is “…not much time left..” to reduce fossil fuel use, quoting Carl Sagan: “This world is the only one we have.”  Passivhaus offers us a key component not only in reshaping the built environment,  but even more so a positive, progressive approach to reshaping part of our world.   This was also the positive, and heartening, message picked up in the Saturday morning plenary by Scott Foster, Director of Sustainable Energy at the United Nations Economic Commission of Europe (UNECE).  Scott has a technical background in energy, so his comments were not merely political rhetoric, but founded in a technical understanding of the subject.  While he recognised the extent of our crisis – climate records for March show that the month was already 20C above pre-industrial levels for example – he also argued for an optimistic take on our current situation.  The Passivhaus community, and in particular the North American Passivhaus Network, in collaboration with the Passivhaus Institut and others, have been working with UNECE to develop framework standards for buildings encompassing key Passivhaus metrics and messages.  It might sound dry, but this work is potentially very exciting, as this framework could quickly spread around the world, and begin to drive governments to develop policies based on the framework.  Again though, Scott emphasised that we need to work collectively: isolationism will not solve the problem.

Book-ending the Conference was a final panel discussion and debate at its very end.  Wolfgang Feist was joined by Lloyd Alter, from Treehugger, Jurgen Sneider from the Austrian Environment Agency, and Ivonne Higeiro from UNECE.  The debate between ‘carrot’ and ‘stick’ resulted in an almost unanimous view that we need both.  Industry needs a strong regulatory framework, but we also need incentives to change.  But as Wolfgang pointed out, “…it’s easier to change buildings than people.”  In the end we shall need to do both.  It is clear that Passivhaus can make a real difference.  It is changing buildings, and setting benchmarks for the built environment.

Following the Conference I chaired an International Passivhaus Association (IPHA) meeting of national Passivhaus organisations.  Every country represented a different stage in the development of Passivhaus, different challenges for the organisations and different national political challenges. But interestingly, together this felt very much like a worldwide collaborative community, passionate and committed to promoting Passivhaus, but also to working together, supporting each other to make the difference the world so badly needs.  Passivhaus offers us a tremendously positive message: one big step in living with what the earth offers us.  But is also demonstrates that we can work together, breaking down the barriers, working with hope: a message we all badly need to hear.  For all of the challenges we face, I came back heartened, with a renewed commitment to promoting Passivhaus and to working collaboratively with others across the world. 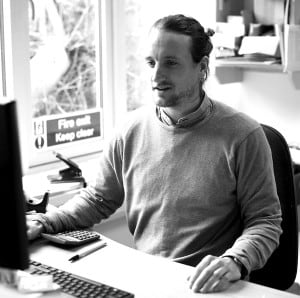 The theme of the 21st International Passive House Conference this year was ‘Passive House for all’ and was held in the City of Vienna with its rich cultural heritage and architectural history. Being a resident of the UK, I was humbled by the Viennese approach to retrofitting their outdated building stock and the subsidies provided to enable this. What inspires me most is that these works seem not to be carried out with the main aim of profit or prestige, but for the comfort and security of the Viennese residents, safeguarding affordable living standards, driving higher levels of efficiency and quality of workmanship. With over 50 countries represented at the conference, it was great to experience the passion and drive from talking with my fellow participants, and seeing the ever increasing volume of Passive house projects being carried out across the globe. I return to the UK with the determination and drive that Passive House can and should be for all.

Watch this space for Bill’s Passivhaus Motorcycle Diaries based on his two week Passivhaus odyssey in Europe with Nick Grant!