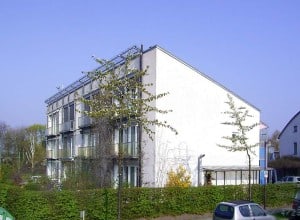 It is 25 years since the completion of the very first experimental Passivhaus in the Kranichstein district of Darmstadt, so 2016 is something of a milestone for the Passivhaus movement. So it was very fitting that the 20th International Passivhaus Conference was held in Darmstadt which could be considered the birthplace of Passivhaus. Of course Passivhaus has its roots back in earlier low energy work in the US and Europe, from the Saskatchwan house to the CAT Wates house in the UK. Some, of these have been honoured in the Pioneers awards. But there is no doubt that the Kranichstein house is where Wolfgang Feist and colleagues developed the principles which underpin the standard we know today.

I attended my first international Passivhaus conference in Bregenz in 2007, at a time when only a very few people were thinking about Passivhaus in the UK, and no projects had been completed. What a change from today, when we have thousands of live projects and very many completed. In fact I was told – and was not surprised to hear – that the British contingent was the third largest at the Conference, after China and Germany (although I didn’t check out this claim). So the UK is very much on the Passivhaus map, at least in one way, in that we have a thriving Passivhaus movement delivering significant numbers of Passivhaus buildings. But I say ‘in one way’ because, despite the almost explosive growth of Passivhaus in the UK since the very first completed in 2009, we have no official recognition of Passivhaus. But I’ll come back to that later. 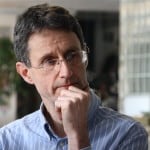 I attended the conference this year wearing ‘two hats’, as Director of Green Building Store as well as representing the Passivhaus Trust, as Chair. I am also delighted to be involved with the International Passivhaus Association Affiliates Council, which works ‘ to connect the local to the global, facilitating exchange in both directions’ and enjoyed meeting up again with fellow IPHA representatives. My interest is both in solutions and technical development as well as the broader international picture and its relationship to the Trust’s work. So, impressions of this year’s conference? Well, the format and ‘feel’ was very similar to my first, 2007, conference, so at least superficially, very familiar and maybe a feeling of not being very challenging. But of course the changes are enormous. The Chinese, for one thing. I don’t know if there were any Chinese at the 2007 conference, but no one could miss the huge presence at this conference. Around 200 delegates I believe, with special sessions throughout and after the conference, and simultaneous translation into Chinese. This is significant, because as a speaker pointed out during the plenary, if the world population grows to 10 billion as anticipated by the end of the century, this will mean adding 200 cities the size of Paris to the globe. These will not be in Europe or North America, they will be in China and the developing parts of the world. This is where the really significant new build will take place, and these buildings need to use as little energy as possible, or in other words they all need to be built to the Passivhaus standard. So the uptake in China, which is itself building major cities from nothing, is hugely significant. Clearly the Passivhaus Institut sees this too, and is putting a lot of effort into supporting and developing this work.

Our biggest challenge in the ‘developed’ world is of course retrofit. Most of the buildings our children and grandchildren will inherit at the end of the century are already built. It is here, as well, where by far the biggest challenge lies. So I was very pleased to see a significant focus at the conference on retrofit. It is very striking that the challenges to retrofit are similar everywhere, but the differences are very interesting. In upmarket New York apartments, it is significantly cheaper to retrofit to Passivhaus standard than conventionally because of the massive reductions in need for heating and cooling provision. But in the UK, the Wilmcote project also demonstrated the life cycle cost effectiveness of Passivhaus retrofit, which broke even on cost within 20 years, and over a 40 year cycle resulted in a net profit of over £400,000. It was also more cost effective, according to a Portsmouth City Council study than demolition and rehousing, which would have been the other viable option. But the technical challenges in retrofit, particularly relating to moisture and internal insulation are formidable. Interesting work by the Passivhaus Institit was presented which really highlighted the complexity of this field. Different exposure levels to driving rain, coupled with different levels of water resistance and different internal insulation systems lead to very different levels of risk. This is clearly an area that the Institut is only just starting to look at, in the same way as initiatives like the AECB Carbonlite Retrofit programme is starting to support practititioners in building skills and understanding in the levels of risk involved. I am quite sure that we will see this work continue to be developed by the Institut as it is being by the AECB, Retrofit Academy and others in the UK. And, while we are on the retrofit theme, one other innovation stood out. Reimarkt is an initiative in the Netherlands to turn retrofit into a commodity. So Reimarkt is a ‘store’ where you can purchase not retrofit products but retrofit. Retrofit (sometimes coupled with building extension) has been turned into a commodity to be bought in the same way as a mobile phone or any other commodity. Step into the store with a need to purchase a retrofit for your property and step out ‘with’ the retrofit, standardised and systematised. Is buying retrofit the same as buying shoes or a phone? It is a fascinating approach, and I for one will be watching its development with great interest.

Initially, I wasn’t sure about the immediate relevance of a talk on overheating in a straw bale house in Spain, but found myself in a presentation with real lessons for the UK. Passivhaus practitioners know that summer overheating is one of our interesting challenges. So how is this mitigated in a lightweight (straw) Passivhaus in northern Spain? The answer is simple. Good intelligent design with PHPP so we have a good understanding of the risks, coupled with an understanding of the occupants’ ability to mitigate through purging, keeping the strategy as simple as possible. This is not rocket science, but it is an area where we can easily fail to deliver to Passivhaus occupants. Simplicity and intelligence are the key messages. 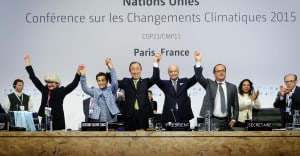 The wider context for the Conference was set by the plenary sessions on both days. To put even this in context of course, 165 countries signed up to the Paris agreement in New York during the first day of the Conference. The big question is how are these countries going to deliver their commitment, and even more importantly how are they going to deliver beyond the commitment. Because we know that while Paris was undoubtedly a diplomatic triumph, technically it was a failure in that it failed to bring binding legal commitments to the reductions which it is quite clear are needed if we are to avoid catastrophic warming. This theme was the backdrop to the plenary sessions, where we heard from Ernst Ulrich von Weizacker, co-president of the Club of Rome, Scott Fisher from the UN, Claude Turmes, MEP, and of course Wolfgang Feist, among others. Energy efficiency is our biggest energy resource. If we are going to address climate change – and there is a real ‘if’ for our species now, no doubt – then we need to implement high levels of energy efficiency urgently. There is a real hunger for good news, and Passivhaus is good news. We have a standard based now on 25 years of experience and research which we know works. This is what the world needs. We have the skills, we have the proof. What is needed now is to wake up our politicians and policy makers? 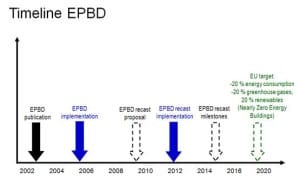 In Europe we will implement the Nearly Zero Energy Buildings regulation for all new buildings in January 2021. Are we ready? Will we implement effective measures? I heard that in the Netherlands the Government is now seriously considering the PHPP methodology as its route to NZEB. The UK Government will have a stark choice. There is a route to NZEB building off our current national methodology. We know this already does not work, giving us a massive performance gap. Even the body charged with trying to ‘bridge the gap’ – the Zero Carbon Hub – has now been closed down, so what chance for closing the gap? Or we can build off a proven methodology which has successfully delivered a wide range of projects in the UK already, and tens of thousands worldwide. As they say, it seems a ‘no brainer’. Our challenge is to get Passivhaus adapted by the UK Government – however daunting this might seem. Where central Government seems to be abandoning any initiatives, some local government seems to be taking real steps. Exeter and Norwich are a couple of examples, but there is work going on either within local government or lobbying in many areas. This seems a promising route to driving some political momentum, and the Passivhaus Trust will be working to promote and support the work with Local Authorities this year. But in the end it comes down to everyone who is convinced by this good news story speaking out and lobbying in whatever way we can for what we know makes sense. The Greek Passivhaus movement has coined the term ‘Passivistas’. So UK Passivistas, we now need to get out there and make the case, any way we can! There is no time to lose.