Question: We have recently bought an old house with the intention of doing an eco-renovation, or at least making it as thermally efficient as is possible within a reasonable budget. We would particularly like your advice on the way we could insulate our roof to building regs standards (or nearest practicable) and which would be compatible with PVs.

The house is a 4-bed 1850s brick built semi in a street with similar. The roof is was tiled (~30 years ago) and pitched (30 degrees) back and front. The rafters are 75x50mm. The attic as one of the bedrooms which currently has quite low and sloping ceilings with 2 large velux windows to the rear. We are keen to keep this room as a functional, attractive study/bedroom.

We do not think we will be able to build up the roof much higher than one or two courses (its a semi and building regs). We are also reluctant to lose much height from within the attic room. We would be very interested to use natural materials but we thought to get the maximum U value we would be best using PU board. We imagine the natural materials we need for equivalent U value would be thicker.

Do you have any suggestions as to the best approach?

Answer: A complicated question! I am not sure from your question whether your roof needs recovering now or in the near future, how much head room you are willing to lose, and whether you are willing to take down the existing sloping ceiling. Whichever solution you go for you need to aim for as much continuous insulation as possible with a vapour impermeable barrier internally and a vapour permeable, wind tight membrane externally. 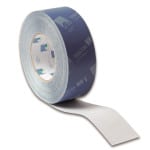 If you do not want to replace your roof covering and are willing to lose your ceiling and some head room, I would suggest carefully inserting 25mm of polyurethane between the rafters from below leaving a 50mm ventilation gap necessary with older types of sarking felt. Foam filling any gaps between the insulation and the rafters will help minimise air movement around insulation (and ‘thermal bypass’). I would then ‘overboard’ from below the rafters with 50mm of polyurethane, being careful not to damage the foil backing, tape butt joints and junctions with purlins and wall junctions (using Pro Clima tapes and adhesives such as Tescon No 1 and Orcon F). The foil-backed polyurethane will act as your vapour barrier and is usually deemed safe from interstitial condensation if the vapour barrier is placed within the first third of the insulation (from the inside of your roof makeup). The remaining two-thirds insulation behind the vapour barrier will help prevent condensation forming by preventing cold spots. Overboard again with 25mm polyurethane laminated with plasterboard, and finish with a plaster skim coat. Mechanical fixings (long screws) if snugly fitted will not cause the vapour barrier to fail nor be a significant cold bridge considering the constraints.

If you wish to replace your roof covering, and do not want to replace the ceiling, a different strategy is necessary. To get a similar level of thermal performance as the above, the roof will have to be raised. This can cause potentially expensive junction details with a neighbour’s roof and at the eaves for example. There are two main options open to you:

a) As you would not be able to add an internal vapour barrier (because the ceiling is not being replaced) , a vapour barrier such as Intello needs to be laid over the rafters. To minimise the risk of interstitial condensation, you could use ‘natural’ insulation such as Thermafleece CosyWool sheep’s wool between the rafters, which will absorb a certain amount of moisture and release it again in drier conditions without damage. A fibrous insulation such as Thermafleece CosyWool also has the advantage of being able to adjust to any movements of the timber. I would then recomend to lay a vapour open sarking board such NBT’s Pavatherm, a dual purpose insulating board made of wood fibre. To minimise the risk of damage from interstitial condensation the sarking board would need to have a thickness of at least 150mm.

b) If instead you went down the polyurethane insulation route you would need to be extra careful to avoid interstitial condensation.
Although polyurethane is an extremely good insulator it does not ‘breathe’. The foil-backed polyurethane could act as a vapour barrier in this case. However, taking the one third, two thirds rule for condensation safety mentioned above, filling between the rafters with 75mm of polyurethane would necessitate the use of 150mm laid over the top! This might create problems in terms of roof height and how much you are allowed to raise the roof by Building Control etc.

Of all the measures above and taking into account constructional difficulties the first measure (1) makes most sense to me. 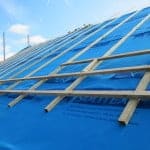 However, if the roof covering does need replacing, then a good modern vapour-open sarking felt (such as Solitex Plus) taped at the joints to cut down air movement, will be used allowing the total depth of the rafters to be filled preferably with a fibrous insulation such as mineral wool or sheep’s wool.

All of these above solutions should be compatible with a PV solar installation. Fixings should not cause a major problem with cold bridging if carried out with care. However, I will now risk being contentious by questioning the decision to install solar photovoltaics on a small scale such as this? I know the government has been offering high feed in tariffs, but Green Building Store firmly believes that investing in the energy efficiency of the building fabric is always a better approach than adding expensive micro-renewable mini ‘power stations’. We believe the government should be putting resources into improving the fabric of buildings to minimise the need for energy in the first place, and leave renewable technology to larger community based installations.
All information is provided in good faith. However, any use of the information is entirely at your own risk, no guarantee is given as to its suitability and Green Building Store does not accept any liability whatsoever for building performance or safety, regulatory compliance, or any other outcome which may result from its use or implementation.