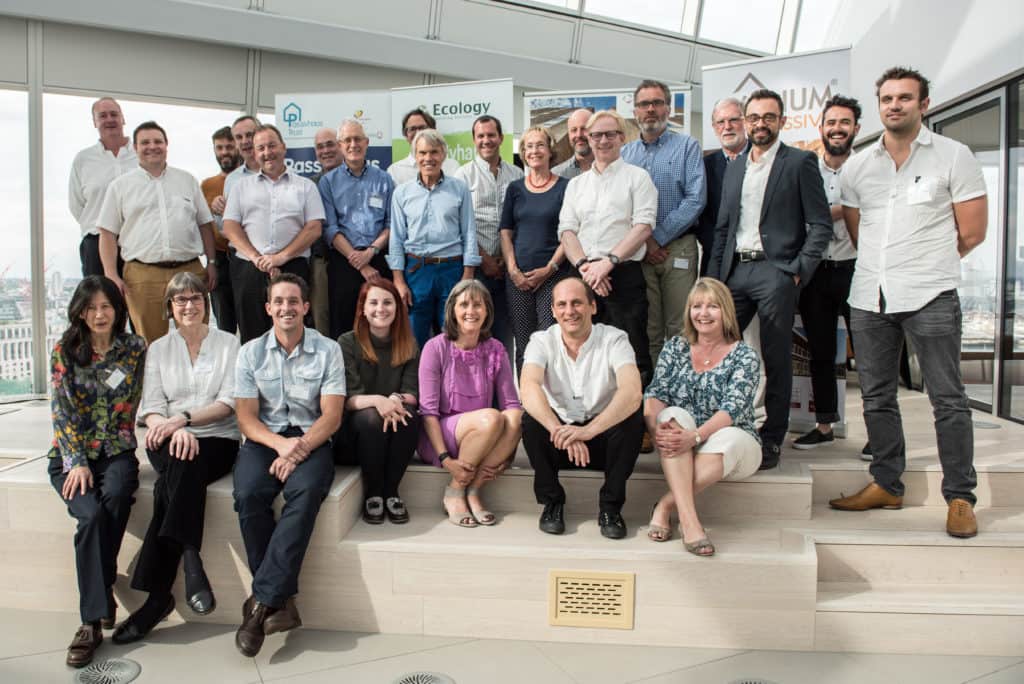 We were very pleased that our Golcar project made it to the Finals of the prestigious UK Passivhaus Awards 2016 – the energy efficiency Oscars! A good time was had by all, as the photo above testifies. We realised that we hadn’t done a proper wrap-up on the project, sharing our reflections on the airtightness and space heating final figures, so here is our final blog:

We were delighted with the Golcar airtightness test , undertaken by Leeds Beckett University’s Centre for the Built Environment, which came in at 0.25 ach @ 50 Pa – our best airtightness result yet. The results for previous projects were Denby Dale (0.33 ach @ 50 Pa) and Stirley Farm EnerPHit (0.36 ach @ 50 Pa). This really does go to show that Passivhaus can get under the skin of a building team very quickly and is encouraging for the uptake of Passivhaus within the UK construction industry..  I feel that I have hardly had to supervise/ be on site at all with this project – the team have just got on with it. The impressive airtightness result has had a knock on effect (when in PHPP software) of reducing the predicted space heating need at the house to an amazing 8.7 kWh/m2/ year.

Why is the space heating demand so low?

It is generally good practice when undertaking Passivhaus design to aim somewhat under the 15 kWh/m2.a target to give some room for error on site or in the design. The Passivhaus benchmark 15 kWh/m2/year is at the cost optimal point, particularly in terms of lifecycle costs. Beyond this one quickly moves into the law of diminishing returns, where the costs can rapidly escalate for very small incremental improvements. Had we known that we would achieve such a low space heating demand, we could have made choices, such as reducing the size of the cavity or the thickness of underfloor insulation. On large scale projects, cost engineering of this sort can be critical.

There are three key factors which contributed to the low space heating target at Golcar:

Angie and Paul, the owners of the project, are delighted with their new home:
“We are really enjoying the pleasure of living in a house with a consistent and even temperature. It never drops below 19 degrees and varies by about 3 degrees above that. The house is not at all fusty-smelling. There is always a fresh and comfortable warmth in the atmosphere with no wet or moist patches anywhere in the house. Clothes dry quickly and almost straight away. There’s no need for extras – like underfloor heating, a glut of radiators, real fires – it just offers constant, economical comfortable living.

We’ve not had any problems with overheating we have a good shading strategy with the mature trees outside our south facing glazing. It is easy to regulate the temperature in the house by opening the appropriate windows if needed.

The house is also very peaceful and quiet, thanks to the insulation and triple glazing. The MVHR system has been hassle-free and it just gets on with ventilating the house and we are not able to hear it (unless it is in boost mode).” 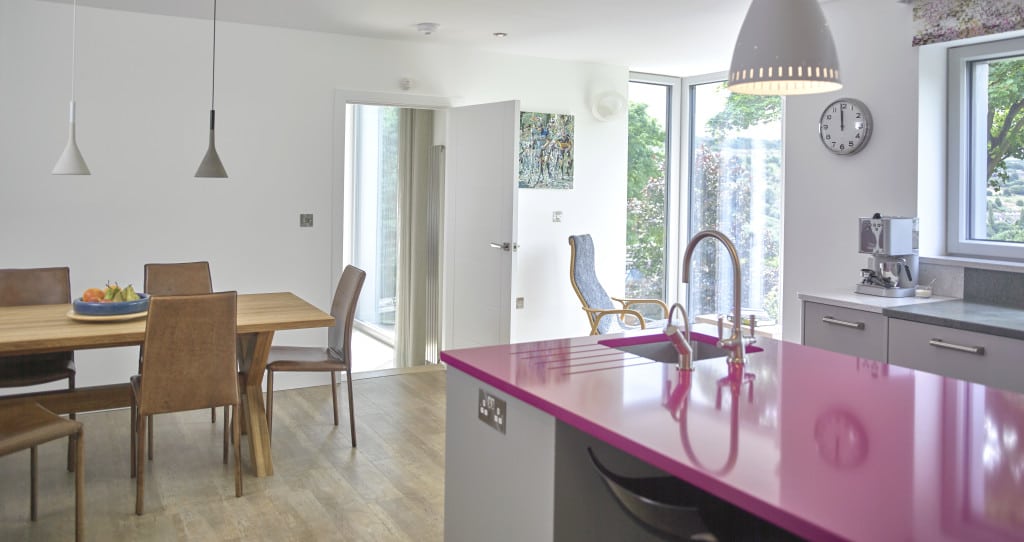 A FREE technical briefing and film on the project is now available on our website: www.greenbuildingstore.co.uk/golcar