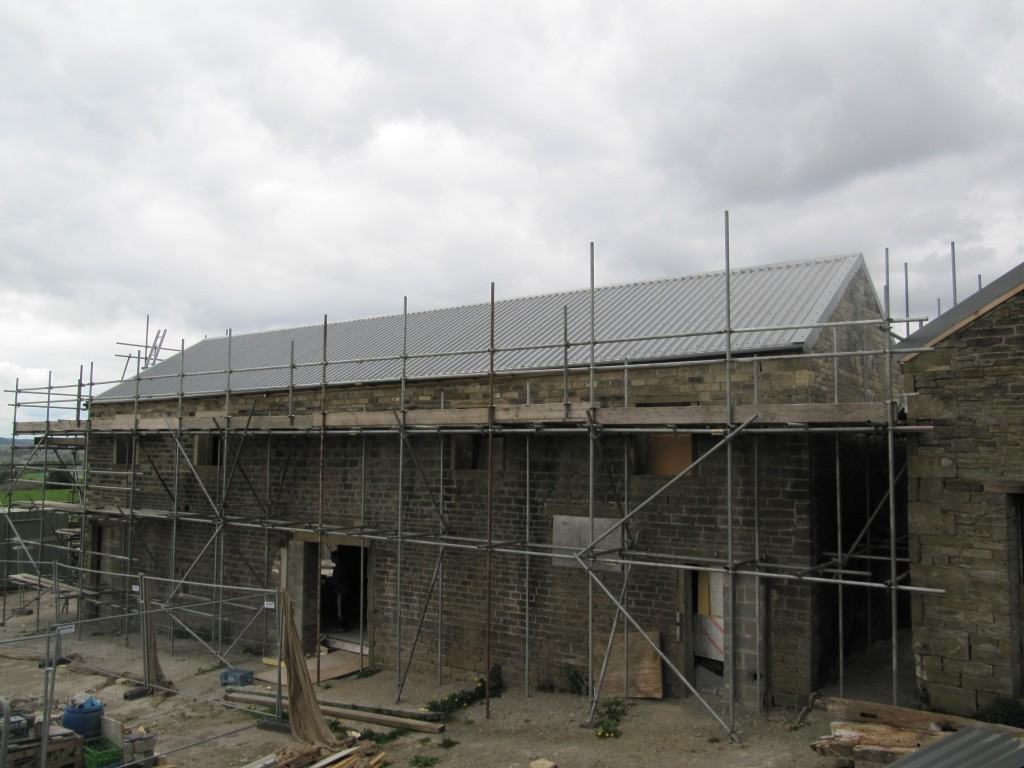 We have now fully completed the roof of the Cre8 barn at Stirley Community Farm. 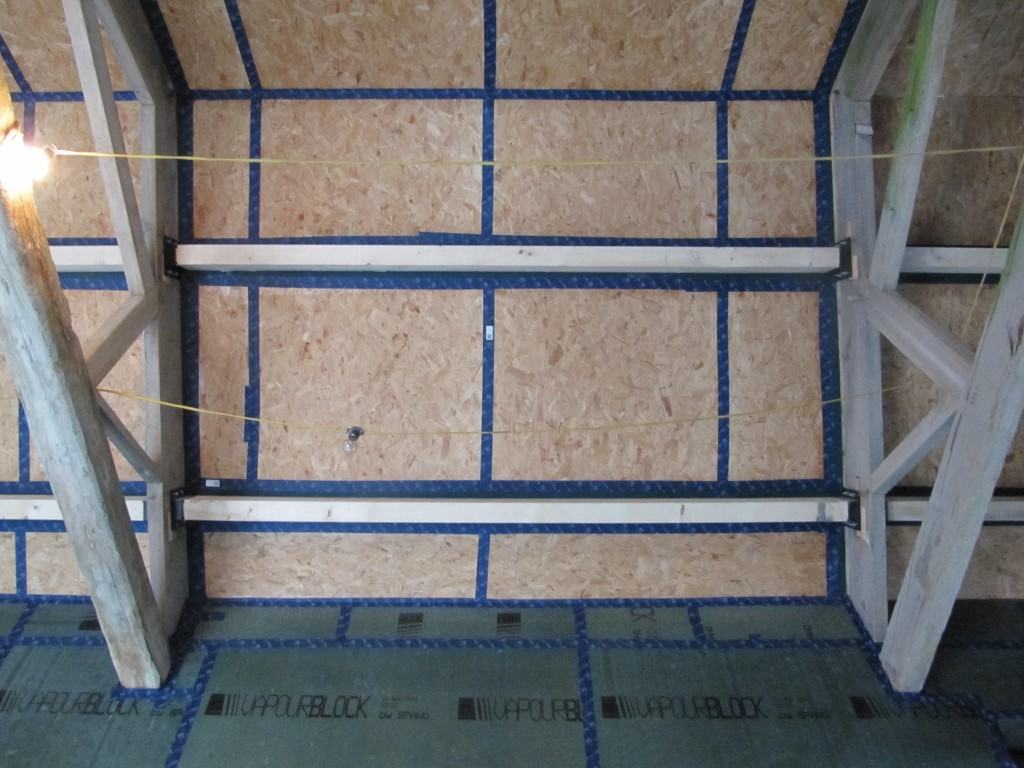 We are using 406mm deep TJ joists on top of the OSB board. We have added a thin 25mm layer of  polystyrene and then  2 layers of 200mm fibreglass insulation on top. We have then laid  60mm Gutex Ultratherm on top  – which we are using as the sarking board (the Ultratherm is  more resiliant to moisture than the Gutex Multitherm which is what we’re using on the timber frame walls.) Then finally, we’re going for industrial corrugated steel roofing on top. We have fixed  25 X 50mm timber counter battens through the Gutex into the TJ joist rafters. 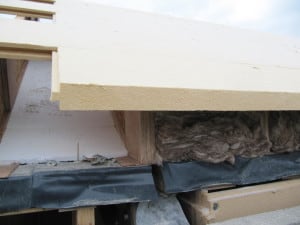 Insulation measures in the roof: polystyrene, fibreglass insulation and Gutex sarking board.

The reason that we’re using a the thin layer of  polystyrene in addition to the fibreglass insulation is that the depth of the rafters is 406mm  We need to make sure that we minimise any potential thermal bypass. We couldn’t get  the fibreglass insulation to the exact depth of the rafters  and what we really needed is something slightly bigger so that the insulation will compress a little – so that that won’t be any air movement around the insulation. We’ve laid 25mm of polystyrene on top of the OSB board, which then gives us a space of 380mm on which to put 2 X 200mm fibreglass quilts.

The Gutex Ultratherm acts as a sarking board – it is waterproof and will shed any water that might get underneath the industrial metal roof, (which it shouldn’t do). It is vapour open and it is also a windtightness barrier. Windtightness barriers need to be vapour open to allow any moisture that has got into the structure to be able to dissipate to the outside. It is very important that you have an airtight layer inside  (in this case OSB board) and then a vapour open wind tight membrane on the outside,  offering extra insurance against moisture ingression. However, because Passive houses are so airtight there  is far less danger of moist warm air within the building getting within the structure.

In summary, the Gutex Ultratherm in the roof does three things: